Facebook’s Brain-Computer Interface: A Tech Fantasy or The Future? 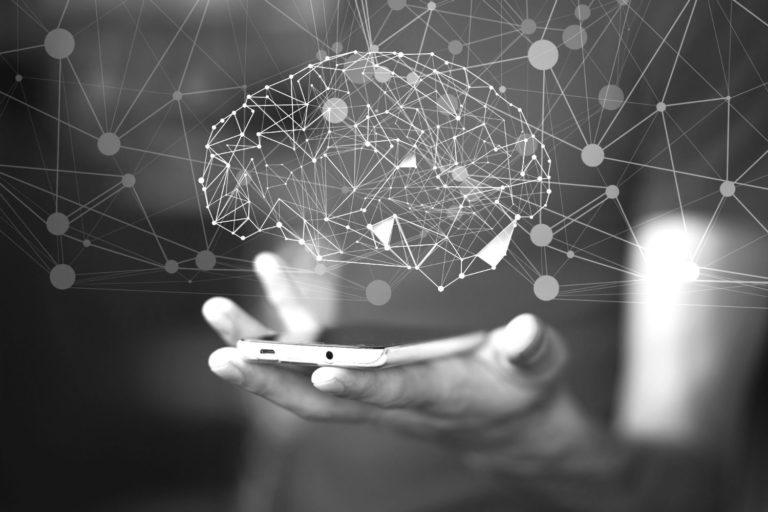 Facebook wants to do away with that silly thing called typing. (That’s so 2010.) Instead, they want your inner dialogue to be scanned and uploaded; no keyboard necessary. Regina Dugan, the head of Facebook’s blue-sky lab called Building 8, announced her team is working on building a brain-computer interface that allows brain-typing without the use of implants at the company’s annual developer conference in April. You already speak to Siri and Alexa to keep your hands free from typing, so what’s one step further, right?

Let’s find out if this telecommunication talk is just another Silicon Valley fantasy or the future of Tech and online communication as we know it.

Facebook has a team of 60 scientists, technologists, and engineers working on their newly hyped brain-computer interface. The team’s plans rely on the currently undeveloped ability to use optical imaging to scan your brain a hundred times per second to detect when you are speaking silently in your head and translate that into text. The goal is to allow people to type at 100 words per minute, which is five times faster than typing on your phone manually.

And that’s not all. Facebook is also working on skin-hearing hardware and software that allows your skin to mimic the cochlea in your ear to translate sounds into specific frequencies in your brain. Thus, allowing you to hear through your skin.

This technology moves past simply being able to write Facebook statuses faster. It would enable businesses to improve their efficiency five times over by enabling employees to type faster, engineers to code faster, and analysts to review data faster. But with business benefits comes unintended consequences of new technology. In fact, the tech itself sounds like something taken right out of an episode of “Black Mirror,” the modern-day, tech-driven equivalent to “The Twilight Zone.” Which begs the question: Would we be living in an Orwellian society like the one depicted in 1984 if our thoughts are capable of being accessed or hacked? Would a Minority Report-style task force emerge to analyze thoughts and stop crimes before they happen? Facebook doesn’t think so, but we disagree.

Think about the last time you were scrolling on Facebook and fantasizing about a delicious cheat meal from McDonald’s, only to find an ad for a quarter pounder meal a few posts down. How did it know? Obviously, targeted marketing is something we all know about, but doesn’t it seem more and more like Facebook is capable of reading your mind and anticipating your decisions? Wouldn’t the advent of a brain-computer interface literally translating your thoughts and sharing them to Facebook source and store thoughts you never intended to share? Given the often controversial and secretive Digital Marketing practices of Facebook, it’s not as far of a leap as you might think. Facebook’s core product is you, the user. They sell your behaviors to the highest bidder. Would they refrain from selling your thoughts if they had access? It’s hard to rule out given the company’s questionable past.

Facebook’s defense is that you’ll still be able to think freely and keep those thoughts private because the tech will only register the thoughts you’ve already decided to share or those that reach the speech center of your brain. But, as we’ve seen with Facebook, even tech created with the best intentions can have unintended and disastrous consequences like the spread of fake news on the social platform during the 2016 presidential election and the use of Facebook Live to televise brutal assaults and murder.

If Facebook manages to overcome their main obstacle (the lack of necessary neuroscience to support this type of tech), it will be crucial for the company to implement safeguards, independent monitoring, and ethical transparency around how the brain-computer interface technology is built and tested to generate a more receptive user base. Because as of now, you can count us out of the brain scans. We’ll stick to typing with our hands.

Another Tech Fantasy or the Future of Tech?

As we all know, Silicon Valley tends to get a bit ahead of itself at times regarding what is realistically possible today and timelines for these unrealistic projects. While Dugan had little progress to show on a brain-interface, a team of Facebook engineers did present an experiment on skin-hearing through a system of actuators turned to 16 frequency bands. Their test subject was able to piece together a vocab of nine words they heard through their skin, which added some validity to the sci-fi claims being made by Dugan and Facebook itself.

However, it’s obvious that Facebook is selling the brain-computer interface idea with the full knowledge it could fail. Which might explain the two-year limit included on job postings for roles associated with the project. Facebook most likely created this deadline to establish a reevaluation date to determine whether to continue with the project based on the progress of results produced by that time. Considering how little we know about how the brain actually works and the neuroscience advancements needed for this type of tech development, critics claim a brain-computer interface is at least a decade away, if possible at all.

But if the tech does show significant progress by the end of the two-year term, Facebook will have gotten one step closer to unlocking the key to allow users to control AR and VR experiences with their mind. Enabling a true immersion into an augmented or virtual reality only currently seen in sci-fi movies, which would pay off in a massive way for the social media giant and transform the future of Tech.

Either way, Facebook acknowledges the time it will take to get their brain-computer interface tech right, if they ever do. This technology has the power to eliminate communication and social barriers for individuals with disabilities, vastly improve the efficiency of every business, fully immerse users in an authentic VR or AR experience, and allow everyone the chance to see what mind control is truly like. Only time will tell if Facebook holds the key to these advancements or if they are still decades away. (Our tip: don’t hold your breath for mind control anytime soon.)

If your company wants to experiment with machine learning tech to boost business efficiency, contact Mondo today. We have the high-end IT and Tech talent you need to take advantage of these emerging technologies.